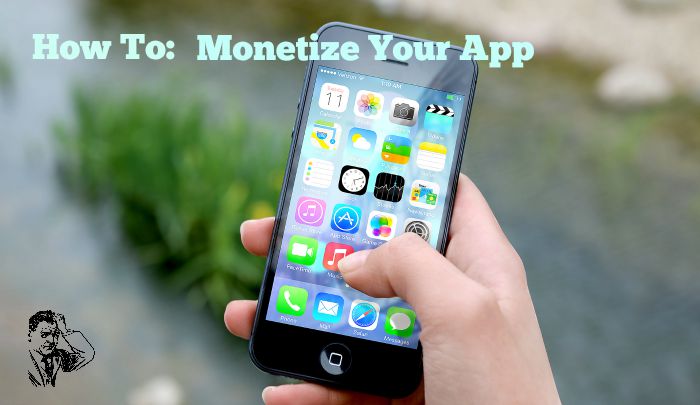 Rob is an employee at Software Developers India. He can also be reached at 408.802.2885 or by direct email, [email protected]

Today’s Buzzword is Apps. Apps are everywhere. There’s probably an app somewhere that tells you exactly how many apps there are! But the point is that there are literally millions. The good news is that the app market is equally enormous and will only grow as our lives are become ever more managed by technology. The more this trend continues, the more useful apps will become. This means that there is still big money to be made from apps. App monetization haunts many a “appreneur” (entrepreneurs who build apps), but it doesn’t need to be frightening. Yes, it’s hard; no, it’s not impossible. Building a successful monetization strategy requires dedication and grit, as well as several key essential features.

Several years ago, the app making company Rovio created Angry Birds for $100,000. Within an incredibly short time, the app was making millions…a month. Angry Birds was one the first successful apps of its kind and only a few number of developers were as lucky.

Massive money making apps like Angry Birds are extremely rare. The cold hard truth is that most apps make no money – and not because the idea was bad. It is almost always because the appreneur didn’t do the research. Entrepreneurs are, in general, a frenetic group with a bunch of ideas forever bouncing around in their heads.

Research is a essential part of having a successful app – and only a successful app will make money. The richest appreneurs are the ones who sat down with a bunch of ideas, and spent time to find the right idea for the right time. The competition needs to be studied – what is good about their product and what needs improvement? The market needs to be studied – who would be interested in your product and why? Even the platform needs to be researched – Android or iOS?

Making an informed choice as to what platform to use is very important. Should the app be developed for Android, iOS – or both? The truth is that both have their merits and their downsides. Android controls over 75% of the entire market – a staggering number to consider. Don’t get excited yet:

Android controls the market, but Apple paid out almost twice as much money to developers as Android. In the first quarter of 2015, iOS made 92% of all revenue generated from app sales. That isn’t all that needs to be considered.

First, Android apps need to be free. It’s not a rule set in stone, but Android users are notorious for rejecting paid downloads. iOS users are far more willing to pay money for an app, which is why developers are more likely to see a profit.

That being said, the Android market has far more revenue potential. Angry Birds they make millions despite the fact that their biggest product is free. In fact, only a tiny portion of Rovio’s (the development company) revenue comes from their for pay download. Keep reading to learn how they did it.

All apps that make money have one thing in common: the hook. A hook is the thing that keeps people coming back to your product over and over. Back in the 1990’s, video game developers discovered an interesting feature of the human brain, dubbed the compulsion loop.

Game features like achievements, leveling, and quest completion are all factors of a compulsion loop. It gives a user something for which they can work and providing rewards when they reach a goal. Rewarding users will not only provide a sense of gratification, it also keeps them coming back to earn more rewards.

App makers realized pretty quickly that they could leverage many gaming techniques to make their own products more successful. And thus “gamification” was born, or the process of using video game techniques to keep app users engaged. Gamification was an immediate success and quickly spread to all apps, even non-gaming ones.

The above three points won’t make money. If all three were implemented, but this step was not, not a single dime would be made. So what’s the point? Well, all three are necessary stepping stones on the path to monetization. Without all three, the chance of making a profit is dismal. Step 1 will ensure that the app will have a large enough market that it can make money. Step 2 opens the door to making money and step 3 ensures repeat customers. Step 4 is where the money gets made.

App monetization can occur in many different ways and largely depends on what the app does. Many apps generate a revenue by offering up advert space. Angry Birds makes the lion’s share of their profit from adverts. Ad companies will crawl over each other at the chance for space on a successful app. Think about it – Angry Birds has been downloaded 300 million times; even if only 1% of those users clicked on an ad banner that’s 3 million unique visits. The potential for cash generation is phenomenal.

However, most apps will never be downloaded that often. Don’t misunderstand – there is no denying that ad banners make developers money and usually quite a bit of it. But, it isn’t the only monetization strategy, nor is it necessarily the best.

Enterprise and Business Solution Apps are some of the biggest money makers on the market. First, users expect to pay for something as complicated as an enterprise app. Even better, Enterprise apps can be sold on a monthly subscription basis, a huge money making strategy.

Second, enterprise apps are extraordinarily useful. They help organizational communication, provide a digital center for employees to meet, sync with calendars, and so on. They aren’t going away anytime soon. In fact, the market is growing exponentially and it’s an extraordinary time to business app makers around the world.

Keep in mind that the monetization strategies discussed in this post are by no means the only way to make money. Big money can be made through apps just by funnelling clients to your main business. Starbucks and Dunkin Donuts have both done this masterfully. Both offer special deals and discounts to app users; the apps themselves make no money, but they’re responsible for driving a ton of traffic into the stores.

Apps can be a huge profit generator. Monetization isn’t easy, but it isn’t as hard as people often think. And realistically, an app is a pretty cost-effective investment. They don’t take as much money as many investments and many apps generate a modest income. A soul could do worse, that is certain.

If you have a business idea and would like to get started, or validate your idea or even simply find out development cost, I’d suggest Silicon Valley’s promising app development company, SDI to build it for you. SDI is a global app making company with certified local and global developers. If you would like to learn more about their work with companies like Louis Vuitton and PepsiCo, please feel free to contact them.