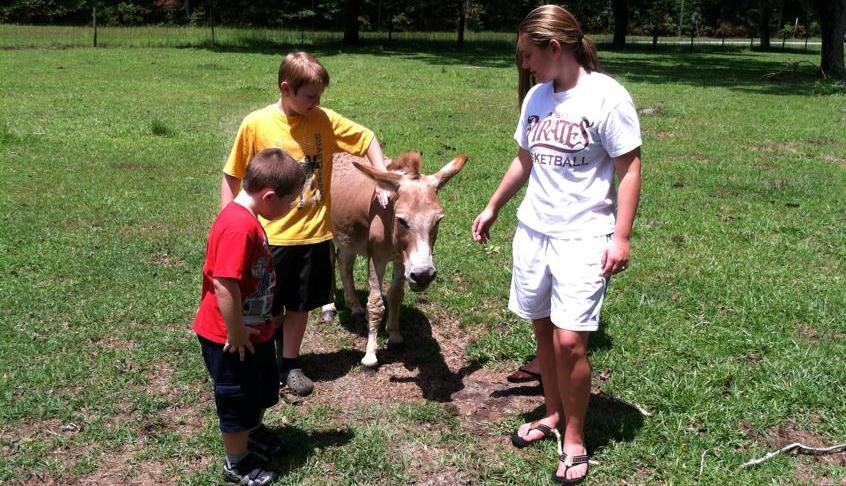 This is the latest in a series of posts that should last until my son hits 18 yrs old.  He is currently 5 yrs old and is constantly giving us lots of laughs with the things he says.    I keep saying that I’m going to keep a logbook of everything he says but I haven’t and I end up forgetting most of the good ones.

Sometimes I do remember them and tonight I was able to get to my computer soon enough after he said this so I could start this post and not forget it.

I asked him why he had to poop so much.   His response had me laughing out.  He looked at me and, using very demonstrative body language, said “When you pet donkeys all day…you get the poopalitis”.   Wow, the things this kid says.

Now, I feel that I need to clarify.  Some friends of ours have a small farm and they recently purchased two donkeys.  The kids have been begging us to go over and see them.  Today my wife took them over and they saw the donkeys.  Apparently they were able to pet the donkeys as well.

So, be warned, if you have the opportunity to pet a donkey.  You should ensure that you are near a bathroom because excessive donkey petting will lead to a bad case of poopalitis.