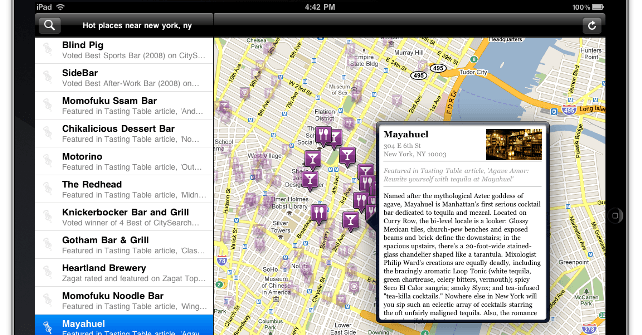 The Wall Street Journal has reported that Apple will get rid of the Google Maps app on it’s iPhone handsets in favor it’s own mapping application.

Sources say that Apple may make the announcement next week at the Worldwide Developers Conference.   So why is Apple doing this?  You get three guesses and the first two don’t count….MONEY.

Apple sees the amount of money to be made in advertising with mobile maps and they surely don’t want Google getting that money from Apple devices.  Secondly they believe that they can come up with a better mapping solution and set themselves apart from Google (and Android) devices.

That’s a great plan…if it works.  Here’s the problem, Google Maps works…and it works pretty well.  Most users are familiar with it and like it.  So if Apple comes out with a solution that doesn’t exceed the functionality of Google Maps…then they will make a lot of users angry.  Of course the payoff could be huge if they knock it out of the park.

Guess we’ll have to wait for next week to find out.