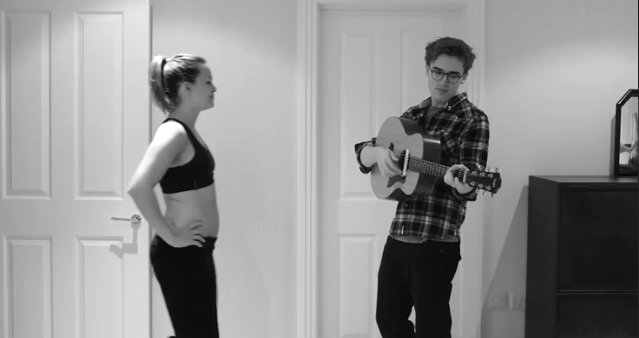 Here is the cool video that has gone viral this week.  Tom Fletcher took video of his pregnant wife during her entire pregnancy.  He then did some snazzy video editing and showed her baby bump growing using a time lapse effect.  Then he put that side by side with footage of him singing.   At the end of the song his wife (with a very large belly) walks off screen and comes back carrying their child…pretty cool.

Now, Tom Fletcher isn’t just some guy who can play a guitar.  He’s an English singer sonwriter and member of McFly.  So he has a smidge more musical experience/ability than your average joe.  Still, I think the song and video work well together and are very sweet.  Let me know what you think in the comments below.  Do you have a similar video that you like?

5 thoughts on “Bump To Baby”