When I first started using the internet every single website I went on was swarming with ads. Every tiny bit of space that wasn’t already covered had a flashing banner on and switching to a new page always meant closing down a load of pop-ups. But then somebody invented an incredible piece of software called an adblocker. Since the most popular one was created in 2006, it’s been downloaded over 500 million times and is available for pretty much all of the major browsers out there.

Now I don’t see any of those ads, the adblocker keeps them all at bay, who knows what I’d see if I turned it off. As amazing as it is to cut out all of those annoying pop-ups, it does raise one question. If everybody is just blocking all of the ads, is it really worth companies paying for them? And if companies stop paying for adverts, how are all of these websites going to make any money? Reported losses as a result of ad blockers are set to hit $27 billion globally by 2020. That seems like a pretty substantial loss, so how is the business world responding?

At the moment, it doesn’t seem like any businesses are too worried about this as spending on internet advertising is still on the increase. It looks set to take over traditional forms of advertising like TV and radio in the next year or two. Marketing, in general, is looking towards the online sphere and we’ve seen a huge increase in the importance of social media for advertising. But what about older forms of online marketing like pop-ups or pay per click services that companies buy from a digital agency? Are they going to survive when everybody starts blocking them out using adblocker software?

The Growth Of Digital Marketing 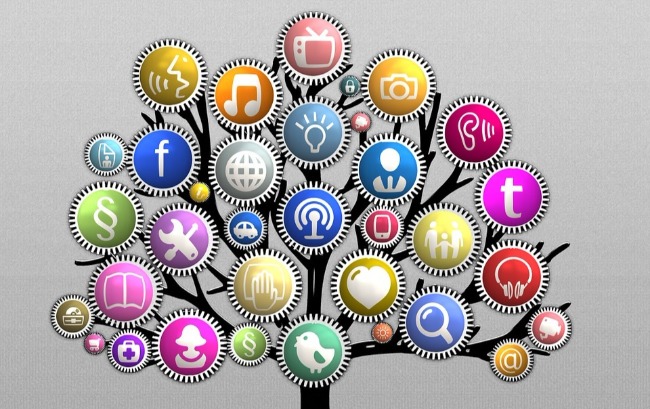 The biggest tech companies in the world found success off the back of advertising. Facebook and Google still make the majority of their money from online advertising. Google created AdSense which helped websites all around the world to monetize their sites and fill them with all of those adverts that we all try so hard to avoid. They’re an amazing tool because they allow companies to target advertising directly to customers all around the world. Companies are increasingly spending their money on these forms of advertising, but that doesn’t mean that all online channels are showing growth.

The growth of mobile has been the biggest change in the last decade. Smartphones have quickly become an integral part of our daily routine and advertising has followed that trend. The largest growth in advertising spending is being seen on mobile devices. The benefit of mobile devices is that they can reach you anywhere and anytime. They can also use location based advertising, for example, showing you an ad for a coffee shop or restaurant when you are close to it is going to be more effective than advertising a place that you can realistically get to.

Search revenues on desktop devices have actually seen a downturn in the face of this increase in mobile use. In response to this, Google has introduced a new update to their search algorithms which gives precedence to mobile friendly sites and bumps them up the search rankings.

Another major benefit of using mobile advertising is that the ads inside apps can’t usually be blocked by ad blocking software, so you’re reaching more people.

I’ve already started to notice the effects of increased ad blocker use when I’m surfing the web. It’s a fairly regular occurrence these days to come across a site that you want to read, click on it, then get shut out immediately. It comes up with a little pop-up asking you to disable your ad blocker before you can proceed and read the page. This is happening more and more and it seems as though it will become the norm eventually.

What I’ve also noticed is that when I do turn my ad blocker off and carry on through to the site, the ads are nothing like what I remember from the early 2000’s. I’m not bombarded with huge flashing banners and relentless pop-ups anymore. It seems as though companies have realized that it was the over the top and annoying nature of the ads that caused everybody to block them out in the first place. People don’t mind seeing a few adverts in the sidebar if it means they get free content.

However, other sites are deciding to remove that free content altogether. News websites were some of the first to start putting up a paywall but since then, many have followed suit. Instead of trying to get you to look at ads that will generate revenue for them, they’ve decided instead to just charge a subscription to anybody that wants to use the site. This marks a change in the way they view their readership. Instead of merely trying to get as many hits as possible from anybody, even if they were just a one time visitor, there is now a bigger focus on generating a dedicated fanbase. This is arguably a good thing because it means that the quality of the content is likely to be higher.

You can see a similar trend taking place in the way that we view TV and movies. People are increasingly moving away from the traditional format of TV where adverts are paying for everything. Subscription services like Netflix or Amazon Prime are paving the way for a revolution in TV and movie viewing that could remove advertising altogether. There is a possibility that the same transformation could happen with online advertising.

The main reason that people are blocking ads in the first place is that they don’t offer us anything. A flashing banner on a sidebar has no use to us but marketing is starting to develop in ways that offer more utility to customers. Content marketing gives the reader useful information as well as marketing a product so people aren’t going to be so fussed about blocking it.

Ad blockers might be costing a lot of money to companies that are using traditional online ads but in recent years, we’ve seen a shift in the way that people make money on the internet. Paywalls and less intrusive ads are starting to take over and content marketing is becoming more important.