There is no doubt that Dropbox is one of the most useful tools out there and with mobile versions for Android, Blackberry and iOS you can bet that having it on your mobile is a must.   Pretty much any type of user can find a need for Dropbox.   It can be used for basic file storage and backup, image storage, music storage, sharing files with friends, and much more.  Business users can take advantage of all Dropbox has to offer and it can become an invaluable tool for them. 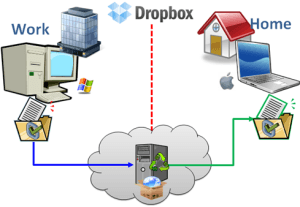 I use Dropbox for many things.

Another positive for Dropbox are the number of apps which integrate with it automatically.  Just on this site alone, we have mentioned several apps which use Dropbox in one way or another.   For instance, Time Tracker allows you to backup to Dropbox and even restore from Dropbox.

That’s just a drop in the bucket for the uses of Dropbox.  But that’s just the basic Dropbox.  There is also a Dropbox for Teams which targets business users.  The features include: