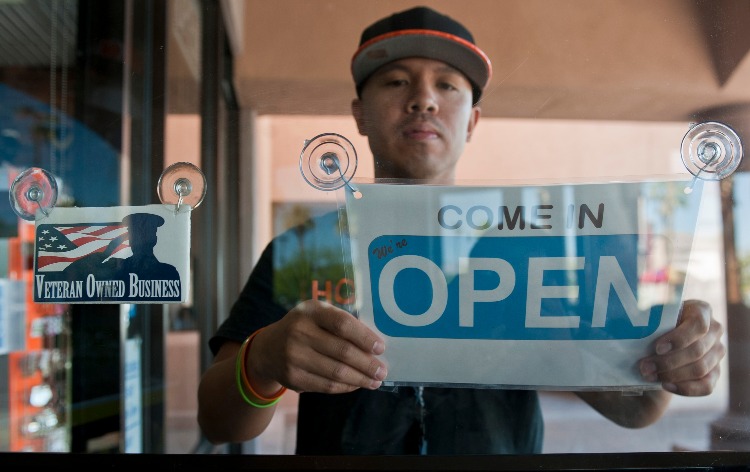 Starting a small business can provide you with the freedom and success most people desire in life. But that’s only going to be the case if you get things right. There are so many potential hazards that you can walk into if you’re not careful, and to avoid those you need to be aware of the traits, actions and issues that have the potential to hold you back when you start a small business. Read on to learn more about all that and how these unhelpful things could hinder you right now.

Of course, there nothing wrong with being ambitious as you enter the world of business, but a problem does arise when that ambition becomes something a little more out of controls. If you have grand ideas of overtaking mega corporations within 6 months, you’re going to be in for a rude awakening. Having abs inflated idea of your own immediate potential won’t help you at all. Make your early plans realistic while also being the right side of ambitious.

Your debt problems will act like a weight around your neck as you start a business. If you’re already in money trouble, starting a business, which usually involves borrowing money, could compound your misery. Your debt problems might grow and get out of control so it’s best to clear your debts before you think about starting a small business. Places like debtsettlement.co can offer you support with that if you need it. Either way, make sure you’re as close to debt-free as possible before starting a business.

A Reliance on Old Ideas

Old ideas might have worked well once upon a time but there’s probably a reason they fell out of favour and you should remember that. If you’re too reliant on ideas of the past and you’re not willing to look to the future, you’re going to have problems sooner or later.

Inexperienced People Around You

Starting a small business usually means hiring people to work for it early on. It’s good to have a mix of people and a range of voices contributing to the development of the business. You can learn about hiring the right people at https://www.entrepreneur.com/article/76182. Just make sure you don’t surround yourself with too many inexperienced individuals because you need to have some people who’ve been there and done it before.

Far too many young entrepreneurs burst into the market arrogantly thinking that they have the talents and skills to make a success of it where other people have failed. That might be the case but you shouldn’t let your arrogance go unchecked because ultimately it will be a hindrance rather than a help for you. It doesn’t tend to go down too well with the other people you’ll be working and interacting with either.

Your chances of finding success in the world of business are always going to be slim at the best of times. Don’t make things even harder for yourself by making the mistakes discussed above.