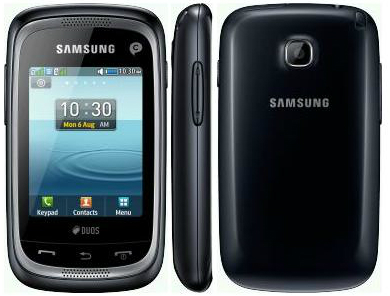 Duel SIM smartphones are something that a few people have become interested in, and some of them are very nice models. These days, even budget models are streets ahead of what we had just five years ago. That may be why people like them so much. It is one of the fun things about technology, where if you wait long enough then you can get all the modern features on budget models. This list features ten dual SIM low budget mobile phones. These ten are the top ten, but the list is in no order as they were all too good to rank in a fair manner.

This is a small and compact smartphone that you can use at your convenience. It is easy to store and has most of the modern Smartphone technology such as multi-touch screen and enhanced connectivity. This is a commonly used work and personal phone because it looks professional but is also of a budget price too.

This phone is really rather good as it offers eight hours of talk time, which is the most out of all the smartphones on this list. It has a 3.2 inch screen and you are able to expand its memory up to 32GB using a microSD card. That is recommended, as the internal hard drive is only 128MB, which is enough for contacts, a few files and your operating system and related applications.

This phone has plenty of features for you to play with, including things such as a mobile tracker, Facebook support, and 8GB of memory which may be expanded if you wish. It has a 2.4 inch screen, and has both Bluetooth and a USB slot for file transfers. It also has all the usual modern Smartphone technology that you would expect, such as a camera, etc.

With this smartphone you get a very nice seven hours of talk time, which is more than most budget phones will give you. Its display is only 2.8 inches, but that is not a big problem. It also has a duel LED flash for the 1.3 mega pixel camera, and its battery is a reasonable 1000 mAh, which again is not too bad considering that it is a budget model.

This phone has an expandable memory that will go up to 32 GB, which is quite good. It has a 3.5 Inch touch screen and it is a fairly robust and resistant phone, which too few budget models are. It is also pretty good at multi-tasking and does have features that appeal to both personal users and business users.

The talk time on this phone is only 3.5 hour and its screen is only 2.4 inches, but it is a very cheap phone that is full of features that you may find interesting. It is quite rugged when you consider its cost, and the memory may be expanded up to 8GB if you use a MicroSD card within the phone.

Its earlier 455 version is on this article too. This is a slimmer and lighter version that is going to suit some people more for that reason alone. A lot of its features are similar to the 455. This one has a smaller screen at 3.2 inches, but many people claim that this is the better version because it is slightly more simplistic and therefore easier to use.

This phone has a sexy name for what is designed to be a fairly stylish phone. It is good that few people will recognize this budget model, as they may confuse it for an expensive smartphone. It supports numerous languages and comes with mobile tracker too. Using a microSD card you may expand the memory up to 32GB, and you can talk for up to four hours.

Often referred to as a sweet looking phone, it has a 3.2-inch screen and comes with lots of modern Smartphone developments such as a micro SD card slot, FM radio, and a whole host of other features too. It also allows you to take full HD videos; however, the camera is only a 2 mega pixel camera. Even so, it is a nice looking phone with a good screen display.

It has an ugly name for a Smartphone, but is quite clever in its design. It has a function that put inactive sims in standby. It is a touch screen phone that has numerous features. Its dimensions are 116mm x 61.5mm x 12mm and it has eight GB of internal memory (which is not bad for a budget model). It allows for four hours of talk time too.

My name is Sonia Jackson. I write for http://www.royal-essay.com that provides well-written and quality essays and research papers for college and university students.