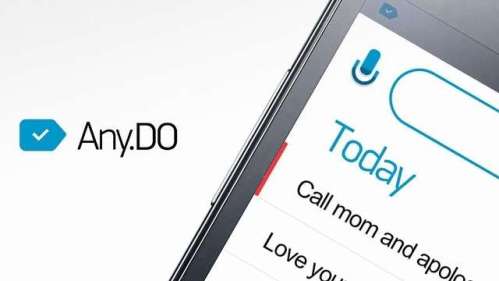 Any.Do is a great task/todo list manager and it has been one of my favorites since I first tried it.  It is still in my top 2.  I actually go back and forth between it and Astrid…I guess I have commitment issues.

Well, now more people can enjoy the goodness of Any.Do since they have made it available to 12 languages.   I know what you Trekkies out there are thinking…”Finally!!! Klingon to do list”.  Sorry but neither Klingon or Vulcan are on the list.  You can see the entire press release below.

Any.DO which had launched its android app back in November and its iOS & Chrome apps  in June have seen a great growth curve in the past few months and has decided to further accelerate its growth by making Any.DO available in English, French, German, Italian, Japanese, Korean, Dutch, Swedish, Spanish, German, Portuguese, Chinese (simplified & traditional) & Russian.

The company has raised $1M in seed and sources close to the company are suggesting that they are about to close their next round of funding in the next couple of weeks.  “Task management is a first world problem and list making is such a common pain that we feel privileged to work on such a challenging and exciting product” says Omer Perchik, Any.DO’s Founder and CEO. “People manage their lives in various ways and since the early  days of our product we have been overwhelmed by the amount of ideas & suggestions we  get each and every day from our users. Surprisingly, since launching Any.DO for chrome &  iPhone the most common request was to translate Any.DO to more languages and I’m  happy to say we did just that!”.

About Any.DO
Any.DO was founded in 2010 by Omer Perchik, Yoni Lindenfeld & Itay Kahana. Frustrated with his own procrastination and the general complexity of getting things done, Omer was inspired to create a tool that will simplify the way people do things (so they can have more time for fun). Joining with Yoni and Itay, they started working on a better way to make things happen. Headquartered in Palo Alto, California, Any.DO also has offices in Tel Aviv, Israel. It is backed by a team of outstanding angel investors and advisors from Silicon Valley and Israel.