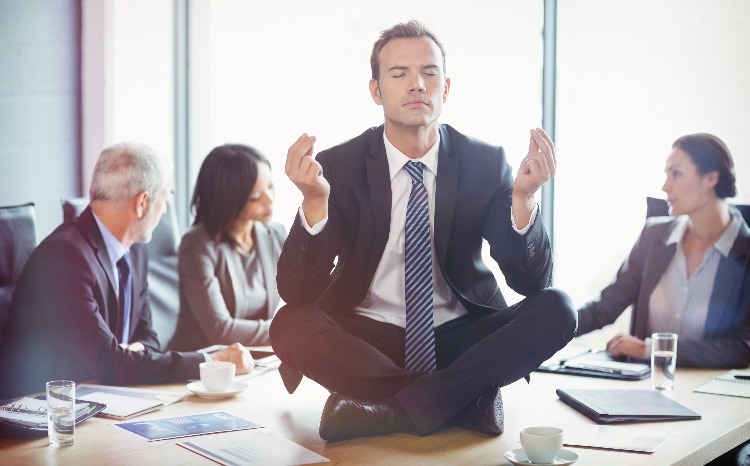 Mindfulness is a popular idea today. People use it in all walks of life to help them escape the daily chaos of existence in the hope that they will find some kind of peace.

Mindfulness is vital in business too, though rarely discussed. It has the potential to help business leaders achieve their goals and get through the working day without bringing the stress of the office home with them. In short, it’s one of the most powerful tools for a productive and healthy life.

Like most mental pursuits, mindfulness requires practice and daily effort. Over time, it develops into a skill like any other, allowing the person practicing it to achieve the benefits in short order. Being consistent means that the mindful person can attack many of life’s problems using just a few underlying rules. Soon, meditating becomes second nature and can be deployed as soon as a situation requires it.

People often wonder about the secrets of some of the most successful entrepreneurs and business leaders in the world today. How do they do what they do? How do they cope with the enormous pressures on them and still keep moving forward? Part of the answer to those questions is the practice of mindfulness among the top echelons of business.

Ray Dalio is one of the most successful hedge fund managers and investors in history. The billionaire found his fortune by consistently applying what he calls “principles” in the investing world, seeing tremendous returns from his ideas.

But life wasn’t always easy for Dalio. In his book Principles, he says that there was a time in his life when he was under a lot of stress, and it was ruining his work. During that time, he says, he discovered meditation, a practice that helped him to reorient his life around what he valued most. The tradition of being mindful changed his perceptions on so many issues, helping him to “invert” the way that he saw his life.

By stepping outside of himself, Dalio was able to let go of some of the psychological issues that had been holding him back. Once mindful of his own state, he could go forwards with enormous confidence and strive for goals he never dreamed possible. Dalio began meditation early in his career, and decades later it is still paying off.

Marc Benioff struggled with money for a long time and at one point, despite being the leader of Salesforce, needed debt help. He says that he found his early career very stressful, especially while at Oracle, the programming company. Now though, in an interview with the San Francisco Chronicle, he says that much of that has changed, thanks to the fact that he can be mindful while at work.

Being the leader of Salesforce, the CRM software provider, is a difficult job. The company faces fierce competition, and it may not remain the market leader in the segment forever. Benioff deals with this, he says, by clearing his head of all negative ideas and focuses on the nothingness of consciousness. He’s found that it is a powerful technique to relieve anxiety and help get his head back in the game. It reduces stress and allows him to enjoy his work.

Fred Wilson is the co-founder of Union Square Ventures and a venture capitalist. He provides money to growing firms to help them realize their profit potential. Wilson’s job is tough. Not only does he have to manage a lot of money, but he also must travel incessantly, visiting new companies and seeking out new opportunities.

Wilson says that he practices meditation on a daily basis to relieve stress and avoid distractions. In the past, before he began being mindful, he found that his mind would wander in situations where he needed to focus. Dry meetings and conference calls bored him, causing him to miss out on vital information and damage relationships with clients and his staff.

Wilson found that meditation helped him to strengthen the part of the brain responsible for concentration. Like a muscle when trained, he found that his ability to focus improved from just ten to fifteen minutes of concentration each morning. Now Wilson practices meditation on a daily basis and says that it is one of the best things that he ever did for his overall life success and happiness.

Top entrepreneurs and business leaders use meditation to help them succeed in money. Should you try it too?