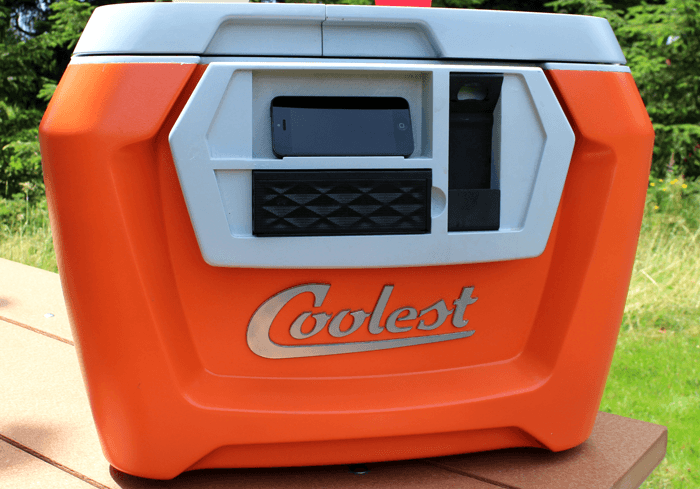 Today’s post is a hybrid post.  I usually blog about either business stuff or family stuff.  But today I am writing about a topic that touches on both of those areas.   Have you ever heard of Kickstarter?  Kickstarter is a form of crowdfunding.  Which means that you create your project and tell people why you need money.  You then give them reward levels.  Kickstarter is a great way for someone with a good idea to generate the necessary capital to make it reality.  And occasionally someone hits paydirt…their idea goes viral and they are flooded with money.

So, here we have a cooler on Kickstarter called The Coolest.   The Coolest is a cooler with a lot of bells and whistles.  It has:

So you can see that’s a LOT of stuff for a cooler.  The Coolest is a nice product  But here’s the thing.  This is the second time the creator has put it on Kickstarter.  The first time, The Coolest did not get funded.    But this time things are different.  After only 4 days there has already been $3.2 million pledged…they only needed $50,000.  The creator of The Coolest must be supremely stoked.  Someone who creates a new product and tries to get it to market is taking a big chance.  For it to pay off big like this is a good thing to see.    As a business man, I am very happy for this guy.

I love the USB charging and Bluetooth speaker.  It appears that the speaker is independent of the cooler but the Coolest has a built in slot to hold the speaker in place until needed.  For a family, the build in plates and knife would be very beneficial.  The blender would be of minimal help for me since we don’t drink alcoholic drinks and I don’t see me making smoothies at the beach.  But for others, that would be very useful.

Check Out These images of The Coolest cooler.

4 thoughts on “The Coolest Cooler Around”