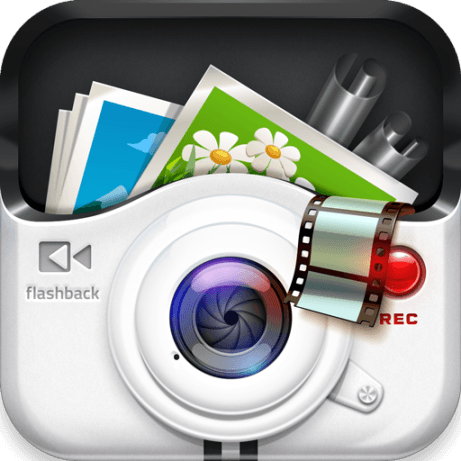 If you’re like me, then you have tons of pictures and videos of your family.  I usually take hundreds of photos with my phone anytime we take a family trip.   For instance, when we went to the zoo I took nearly 200 photos of the animals and the kids (my animals).   It’s nice to have those photos and video but sometimes there are so many photos that they get lost in the shuffle.

Today I’m looking at Flashback for iOS.  Flashback is a pretty cool app that lets you take those photos and video and create a video montage.  That’s a great function in and of itself but Flashback takes it a step further by letting you capture photos and videos at the same time.  Here’s how it works.  You snap a photo and Flashback records video several seconds previous and several seconds after the picture.    This gives you some insight as to what was going on before and after each photo.

Once you have all of the photos and videos in your project you then begin adding all of the bells and whistles.   Flashback lets you choose between two transitions (Cross Dissolve and Pause on Photo).  You then select filters to add to each photo (think Instagram).   Flashback also allows you to add background music to your project from your device.

Once you have customized your project you’re ready to produce your Flashback.  At this point you have the option to export your Flashback to your camera roll or share it via email, YouTube, Facebook, Tumblr, and Twitter.

Flashback is a nice app that lets you create simple montages out of your videos and photos.  I could see this as a great tool to create video gifts for your family.   Flashback is $1.99 on the App Store. 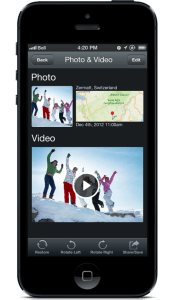 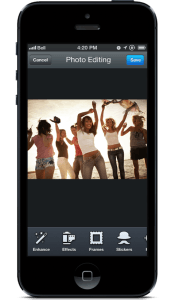 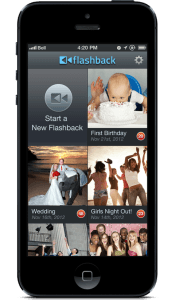 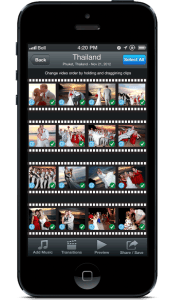 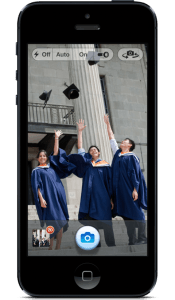 8 thoughts on “Create A Movie Montage With Flashback for iOS”