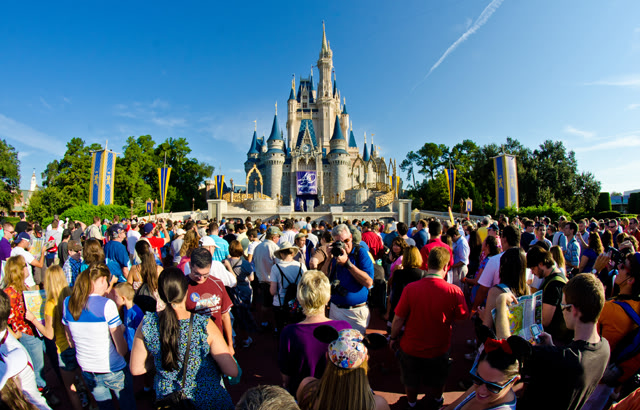 You’ll never believe what happened to me the week of Thanksgiving!  I took my family to Disney World for the entire week.  My five year old has never been (nor had I) so he was really looking forward to it.  We had the benefit of staying in my father-in-law’s timeshare in Orlando which saved us a ton of money on a hotel.    We purchased 4 day park hopper tickets with plans to do The Magic Kingdom 2 days, Hollywood Studios 1 day, and Epcot 1 day.  I was prepared for the crowds (or so I thought) but I’m writing today about what I wasn’t prepared for….it floored me when I came to the realization. 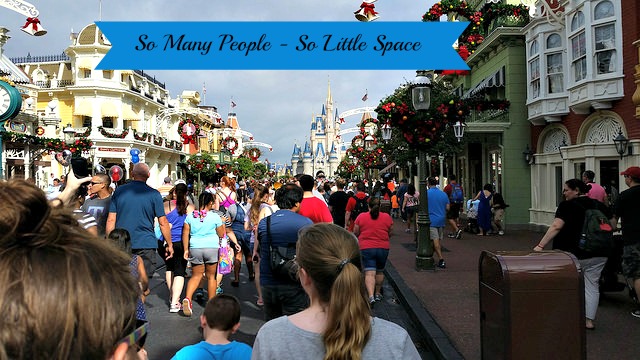 The week of Thanksgiving is one of the busiest of the year for Disney World and I believe everyone on the planet was there.  I have never seen SO MANY PEOPLE in one place.   It’s hard to fathom the shear number of bodies around you.  I would love to have the gross receipts from one park for just one day…I”m sure it’s staggering.  The photo above does not come close to showing how crowded the place was.   Let’s just say that you couldn’t walk five feet without almost running into someone….and this brings up the main point of this post.

What Happened To Common Courtesy?

I live in the south.  In fact, I was born and raised in the south.  Why is this important?  Because I was taught common courtesy from a young age.  We say ma’am and sir here.  We say excuse me when we bump into someone.   I have always known that (on average) people in the south do these things more than those from other areas.  But at Disney, I found out just how rare we are.

Disney is a global destination.  There are visitors there from many nations and from all over the country.  So I am well aware that there are cultural differences between people and that’s fine.  For instance, personal space is different for those from other nations.  I experienced a Japanese woman coming up and sitting between myself and my mother-in-law on a bench.  There was not enough room for someone to sit…but she made room.  This is not something that I would ever do…even if there was room.  But I understand that she is coming from a different culture and this is acceptable for her…so I didn’t get upset.

But one thing that did bother me was getting bumped into and the person not saying one word.  I bumped into people a couple of times (you can’t avoid it) and I always said “sorry” or “excuse me”.  But the only people who said this to me had that distinctive southern drawl.  Many people ran into me or in front of me without saying a word.  In fact, one man almost ran over my son with a stroller and didn’t say a word.  He was coming out of a bathroom and we were going in.  We stayed on the right and this guy came out on the same side.  He didn’t say a word…so I decided I should say something.  I told him that he “needs to watch where he’s going”.  He looked at me like I had 8 eyeballs and kept going.  This was not the only time this happened. 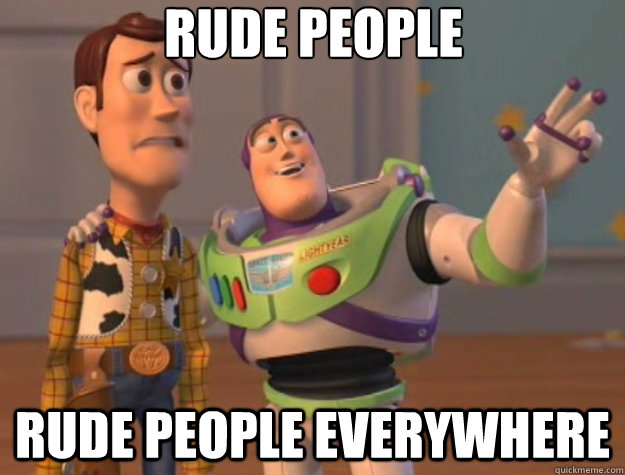 I understand mistakes happen but it seems that common courtesy doesn’t apply outside of the south.  Now, I will have to admit that one man with a very distinctive Boston accent did say excuse me when running into us.  He was very cordial and apologetic.   I’m sure some of the rude people were from the south as well.  This shows that no rule is absolute but when dealing with averages I saw where the majority of people from outside of the southern United States do not seem to exhibit common courtesy.

I know this may seem harsh and short sided but I’m only going on my personal experience at Disney with thousands of people from all over the world.