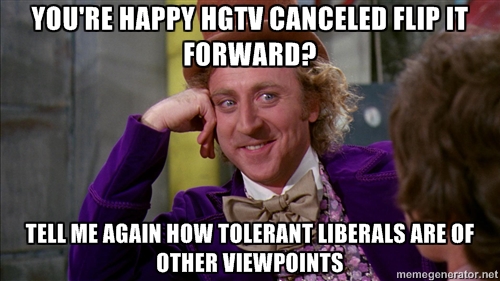 I resisted writing this post.  I know that it likely will get me in trouble.  I may have people saying nasty things to and about me on the site.  I’m sure it will flow onto Twitter and Facebook but I can’t sit back and not write this post.   The reason I may get in trouble is that it’s not “cool” for a Christian to speak out in America right now.  You can spout off if you are a member of any other group.  But America doesn’t want to hear from Christians.  Well, that’s what “they” want you to think.  But I’m getting ahead of myself.

The prompt for this post came today with the news that HGTV canceled a planned show staring the Benham brothers.  Jason and David Benham were supposed to star in “Flip It Foward”, a show where they help a deserving family purchase a home and then fix it up into their dream home.    Was the show canceled because of poor ratings?  No, the show never aired a single episode.  That’s because a liberal extremist website decided to complain to HGTV about the brothers.  You see, the Benhams are Christians and they are outspoken regarding their Biblical views.  You see, they don’t believe in gay marriage or abortion.  I’m sure HGTV was SHOCKED.  But the problem is that they had to know the Benhams were Christians who held this view…they never hid it.  It’s not that HGTV found out…it’s that a liberal group complained.  That’s the problem here.

Here’s the deal, HGTV is a private company and can air whatever programs it chooses.  But the fact that the bowed to pressure from this group is what infuriates me.  They didn’t cancel the show because they just found out about the views of the stars.  They canceled only after this liberal website (who I refuse to name) complained and yelled and screamed.

I’m sick and tired of liberal groups attacking Christians because of their beliefs.  It’s not like the Benhams were saying “you’re gay, we won’t build you a house” or “we won’t work with Muslims”.  They just simply expressed their views publicly and it wasn’t even on HGTV and it wasn’t even recently.  Here’s a thought, you can disagree with someone without hating them.  That’s a difficult thing for many liberals to understand because they can’t do that.  If you don’t agree with them…then they don’t want to hear from you. 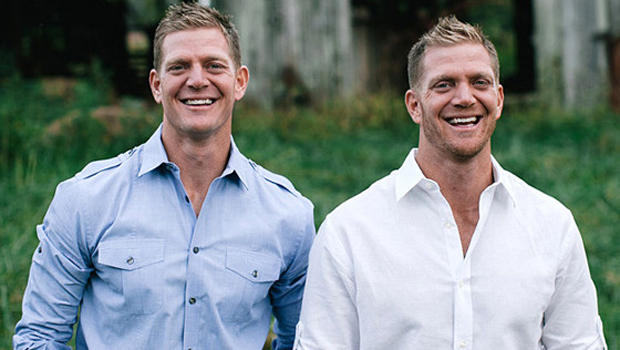 The Benhams released a statement today and said basically…we don’t hate anyone and would never discriminate…but if we lose a TV show because of our faith…so be it.  Good for them.  That’s the right attitude to have but it’s so hard for me accept.   Despite what the media and Hollywood shows us and tells us, America is still a Christian majority.  And more people than not do not agree with gay marriage.  If you’ll notice…many states have passed bans on gay marriage only to have it overturned by the courts…but the people voted it in.  So don’t believe the hype, this country still has a lot of Christians but we must stand up and not let things like this continue to happen.

Now, here’s the last part of my little rant.  Liberals love to claim that they are full of love and tolerance and conservative people hate everyone and are intolerant.  But it appears that their tolerance only applies if you believe what they believe.  If you don’t, then you need to keep it to yourself.  They have no tolerance for a viewpoint other than their own.  Because of that, there can be no meaningful dialogue with them.

Let me know what you think in the comments…but keep it civil.  Any name calling or threats will be deleted.