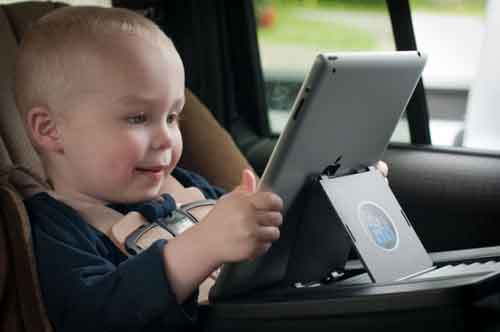 I’m a terrible parent.  I made the mistake several months back of letting my 4 yr old play with my iPad.   I honestly never use it. I have a HP Windows tablet that I use so the iPad was just sitting around most of the time.  So I got him a few games and let him play with it.  It started out as just a few minutes here and there.  Then, it was on Saturday mornings so my wife and I could sleep in.  It was a great babysitter at 6am.  Side note, I have no idea why he won’t sleep later than 6am on Saturday mornings.

Anyway, things quickly spiraled out of control. He became addicted to getting new games.  I would let him download a free game every couple of days as long as his behavior in school was good.  If he got in trouble at school then he lost the iPad for a few days.  I thought this was working out pretty well.

Then we started seeing a disturbing trend.  He didn’t want to go play outside…he only wanted to play on the iPad.  In fact, it was all he talked about.  I knew we had a problem when he started waking up and the first words out of his mouth where “can I play the ipad?”.

So, to try and limit this behavior we tried limiting the use to just a short time per day and we set a timer.  This worked fine as long as we remembered to take it from him.  But (here’s where I win father of the year) I always seemed to be so into whatever I was doing (usually working) that I rarely took it.  End result: he ends up playing it for hours at a time.

I finally had to make a tough decision, I took the iPad to work and left it there.  He was crushed and he still asks about it every day.  But now he is going outside and playing and actually playing with his toys inside when he isn’t outside.  Before he would just play the iPad.  The iPad has been at work for a couple of weeks and I may leave it there much longer.

I realize there has to be a middle ground where he gets to play it for just small blocks of time but I’m having a hard time implementing that.   And some of the games are good for his development.  He has letter games and number games so it’s not all fluff.  But that still doesn’t excuse the amount of time we allowed him to be on it.  Anyone else have a kid with an iPad obsession or any other electronic device/game?  I’d love to hear how you combat this in your kids.