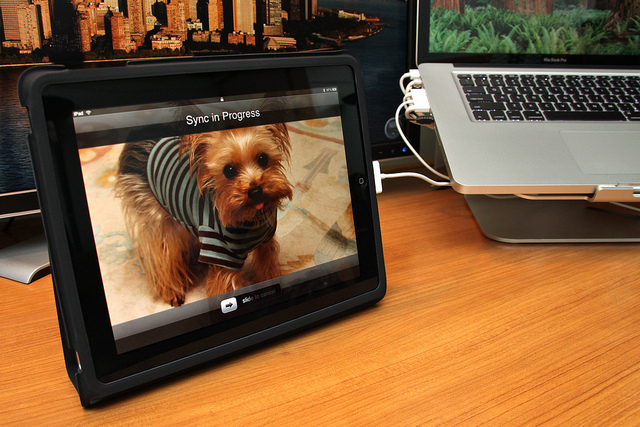 Ever dream of a big 13″ iPad? You’re not alone. Rumors of an iPad Pro have been going around for quite a while now. Apple hasn’t announced anything officially yet, but there’s a good chance you might actually see such a device in the future. The company is doing really well – with billions of dollars of cash on hand – but they need to maintain that level of profitability, which can be hard.

Why the iPad Pro May Become a Reality

Here’s a look at some specific reasons that you may see the iPad Pro on the horizon in 2014 or 2015.

The next question on a lot of minds is just what the iPad Pro would look like if it does come out. There’s a good chance that it will be larger – possible 11.5 inches or maybe even a huge 13″ screen. Also, it’s going to need a faster processor, more storage and of course more RAM. All of this will raise the price, but some people will still buy it just to have the “best iPad” on the market.

No one knows for certain whether or not Apple will come out with an iPad Pro, of course, but looking at the points above, it’s easy to see that this is a real possibility. If you have an opinion about whether or not an iPad Pro is coming soon – or ever – leave a comment and give us your unbridled thoughts.

Gustavia Heffner owns a Panasonic tx-l50dt65b LED TV because he loves how the picture looks. He also enjoys reading great infographics when he can find them online.