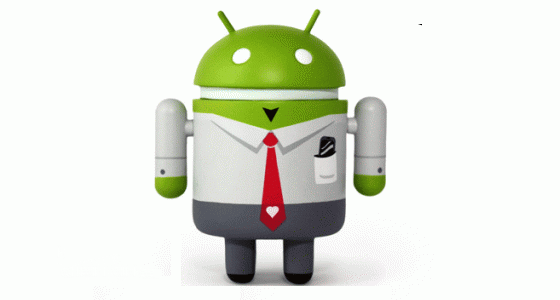 For those of you who read this blog regularly, you probably realize that I’m pro Android.  I feature reviews on iOS, Windows Phone, and Blackberry but I generally use Android for my business.   I have used Blackberry in the past and found it very useful.  But it doesn’t compare to Android, which has exploded and is the best selling OS today.

So, the question I’m looking at today is “Is Android Right for Business?”.

Android is an open source mobile operating system from Google.   The first Android phone was released in October 2008.  This was a year after the formation of the Open Handset Alliance which was a group of companies devoted to the open source platform.

Android is free which means any manufacturer can put out Android phones.  This is good and bad.  It means innovation but it also means Android is fragmented.

There are many flavors of Android and this can led to confusion for some users.  iOS on the other hand is completely uniform and since Apple has such tight control of the hardware and software, it leads to a more consistent user experience.

Personally, I love Android because of the flexibility when it comes to customizing the user experience.   But is this a reason for businesses to adopt Android?  Here are some reasons for businesses to consider Android:

These are just a few advantages of using Android for business needs.

Any open minded individual would have to see that there are disadvantages to using Android for Business.   For some users, these are too much to overcome and they choose Blackberry or iPhone.

I use my Samsung Galaxy S3 to do a great deal of my business on the go.  I have to admit that I have always been an avid supporter of Android…so I may be biased.  I find that the cons don’t really affect me.   Fragmentation is not as big an issue as it once was.  You can simply ensure that everyone in your company is on the same handset with the same Android version.  For every shoddy app, there is sure to be a great one…and many times…a free one.  As far as cheap hardware, you have to use your common sense here.  Purchase reliable brands that will stand by their product and you’ll be fine.

Here are some example apps