We published a press release on Manything a few days ago and honestly it was the first time I had heard of the iOS app.   Well I reached out to the company and today I have an interview I did with James West, the co-founder of Manything, and CEO of Alamy.

The interview is below but be sure to check back next week as we will have a full review of Manything.  I’ve been trying it out over the last couple of days and I’m very impressed so far. 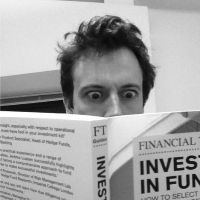 Can you give us a little background on your company?

The brains behind Manything – Mike Fischer, Tim Pearson,  James West and Dan Germain – have all founded or run successful businesses. Mike Fischer was co-founder and first CEO of RM plc – a publicly listed company and leading supplier of ICT to schools and colleges, where Tim Pearson was also CEO for 7 years. Tim and Mike both sit on the board of Alamy, the world’s largest stock photo collection. Alamy’s CEO, James West, a self confessed geek with an eye for future technologies, is also a co-founder of Manything along with Dan Germain Head of Creative at Innocent Drinks, a Coca Cola company.

What was the inspiration to create Manything?

We realized that there are probably more retired smartphones than there are CCTV cameras in the world. This offers an entirely new kind category of video monitoring – to use the hardware you already own to install a sophisticated video monitoring setup in seconds. We think of it as recycling without compromise.

Did you have a targeted user base in mind when creating Manything?

Yes – we built the system that we would want to use!

Why did you choose iOS as your development platform?

Our number one priority at launch was to have a robust service that is capable of operating for days on end and able to survive things like momentary loss of primary power or network connectivity. iOS is a tightly controlled operating system running on a small range of hardware, with a huge percentage of users upgrading to the latest version of iOS at update time. This made it the obvious place to get started. iOS also gives us a head start in what will be a huge market one day – supporting the smart cameras of tomorrow that will be packed with radios, batteries, and sensors for recording video and other environmental data.

Are there plans to bring Manything to other platforms (Android, Windows Phone, Blackberry)?

Yes Android will be next.

What are some of your future plans for Manything?

Manything is the simplest and most versatile video recording system in the world – we see tons of applications for it and we’re interested in everything from home security to business security to agriculture to industrial instrumentation, and more. After that we’re aiming to become fabulously successful and do cool stuff like develop a thorium reactor that solves the world’s energy problems.

There you have it.  I’m excited to see that Android is on the horizon for Manything.  Also, can’ t wait for that thorium reactor.   🙂

Thanks to James West for his time in doing this interview.  Be sure to be on the lookout for our full review of Manything.