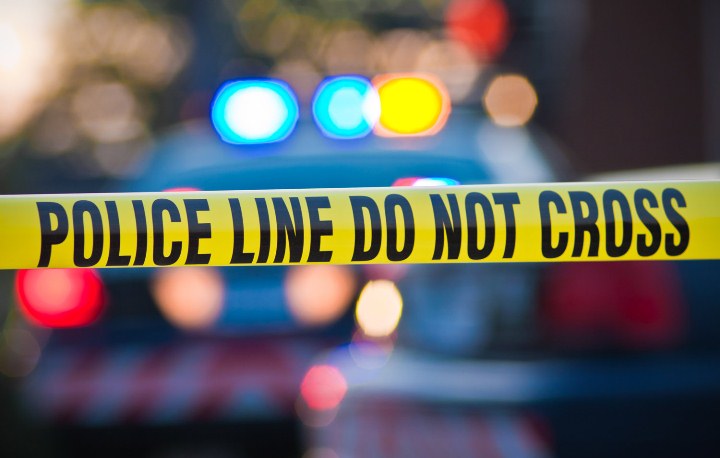 I write this post with much trepidation.  I know that it may lose me many readers and social media fans but I feel like I have to write it.  Unless you live under a rock then you know our country is going through a difficult time right now.  There are protests all over the nation and those protests are aimed at the police.  More specifically they are inspired by an opinion that several officer involved shootings should have resulted in indictments.  I will agree that perhaps a couple of the recent incidents deserve a trial at the very least.  But others do not.

I grew up in a law enforcement family.  My dad was a sheriff’s deputy for nearly 30 years and my brother is an officer now.  I have a different perspective from many of you.  I remember very vividly my dad loading up his shotgun and pistol when one of his fellow officers was nearly killed by an suspect who escaped by stomping on his head.   I remember how scared I was for him as he left to go find this very dangerous man.  I remember the phone calls at 3am and my dad getting dressed and leaving to go to crime scenes.   I have learned many things in my life and the time spent around law enforcement officers.   So here is my list of ways to prevent getting shot by the police.

Ways To Prevent Getting Shot By The Police

This should be a no brainer.   It’s amazing how upset an officer will get if you try to take his weapon.  Who would have thought? (sarcasm intended) I sit back and think “why would they do that?…it’s not going to work.” .  According to the FBI UCR, two officers were killed with their own weapons in 2013.  So if you are unarmed and you attempt to take an officer’s weapon then you are dangerous and will be treated as such.

Once again, this is something that should be common sense.  If you feel that you are being wrongfully arrested then you should wait until you get before a judge to argue it.  Arguing with a police officer and resisting arrest is not smart.  When you resist arrest or run from the police you are escalating the situation and creating the possibility that you will get hurt or killed.

Be Mindful of Your Behavior During A Traffic Stop

This is something most people don’t think of.  When an officer pulls you over for a traffic violation he doesn’t know who he is pulling over.  You could be a soccer mom on the way to your kid’s school or you could be a meth dealer making a major drop.  As he approaches your car he is trying to observe you in your car to determine his level of danger.  If you are fidgeting around your car and reaching into your console it raises his danger level.   Here’s what I do when pulled over: I lower my window and then place both hands on the steering wheel so the officer can see them.  If he asks me for my insurance car (in the old days, I have it on my phone now) then I tell him it’s in the glove box and ask if I can get it.  I keep a pistol in my center console.  If I need to get anything from there I tell the officer first that I have a loaded weapon so that he is not surprised when he sees the weapon.  Everything I do is with the intention of not increasing the officer’s perceived danger level.

A 12 yr old boy was holding a toy gun with the color tip removed.  This made it impossible for anyone to know that it wasn’t real.  In fact, the police were called there because someone saw him waving it around.  Upon arriving on the scene, the officers saw him with the gun in his waist ban.    The officers told him to raise his hands but instead he reached for the gun in his waist ban.  His death was a tragedy but it’s important to note that he is responsible for his death.  It was his decisions which led to his death.   Those who are upset by this…what would you have the officer do?  In his world, if you wait for a split second you may never make it home to your family.    Now, I hear you say that we shouldn’t have to comply with an order if it infringes on our rights.  Well, I would say that the time to challenge that is not on the street with the officer but in the courtroom with your attorney.

Are there bad cops?  Yes.  There is no doubt about that.  Just like every other profession there are bad ones.  But the overwhelming majority of police officers are just trying to do their job and make it home safely to their families.  They genuinely want to help the people of their community and put the bad guys behind bars to prevent them from hurting good people.

The trend seems to be for most people to automatically assume that the officer is wrong and malicious.   There are cases where mistakes are made (the young man shot in the stairwell).  These are terrible but just because an accident occurs it doesn’t mean the officer was malicious and intended to harm someone.   They should be held accountable for their actions but we should not demonize an officer who makes an honest mistake.

2 thoughts on “How Not To Get Shot By The Police”