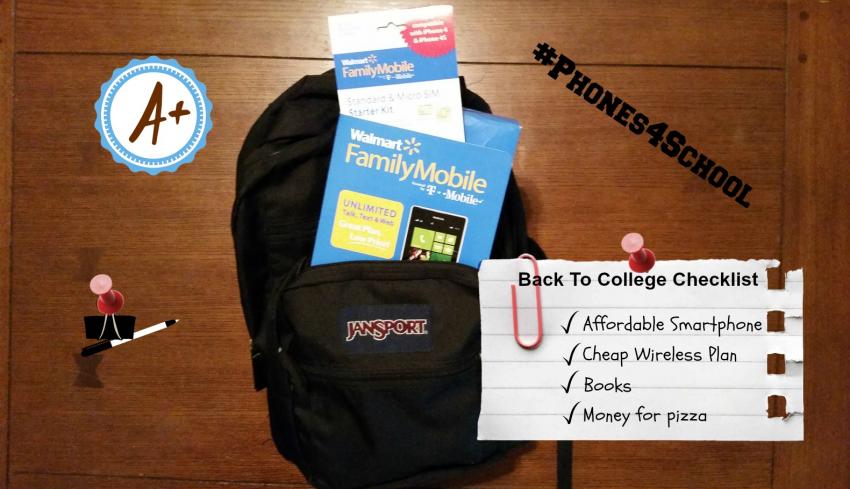 It’s that time again.  Time for college students to get back to the grind.  And for some, it’s time to begin the journey.  College is an exciting time in a young person’s life and I look back very fondly at my time there.  My oldest is only a sophomore in high school so I don’t have to deal with sending her off yet (Thank The Lord).  But I have a good friend who has a son starting this year and he is going off to school and will be living in a dorm.  I believe this is a much more difficult time for parents since they are now separated from their children.   Staying in touch is much easier with cell phones…especially cell phones with unlimited talk text and data/web.

When I was in college, there were no cell phones.  We didn’t even have phones in our dorm rooms.  We instead had to go to the common area and use one of two (yes TWO) pay phones.  For the kiddos reading this, you can Google “Pay Phone” or look below to see what one looks like.   It was fun because there were over 400 guys in my dorm and we had to share these two phones. #Phones4School #CollectiveBias 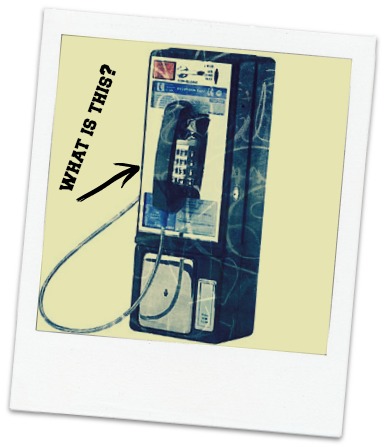 Luckily today we don’t have to worry about that.  So my buddy asked me to help him pick out a smart phone for his son to take to college.  He didn’t want to add him to his existing plan because it would cost a lot and he has limited data.   And we know how much “they” charge for data overages…it’s a lot.  So we headed down to Walmart and took a look at their Walmart Family Mobile prepaid phones and plans.  This worked out perfectly because I had to pick up some bacon anyway (who doesn’t love bacon?).    I was pleasantly surprised when we walked up to the display and found a nice selection of phones and one of the cheapest wireless plans around. 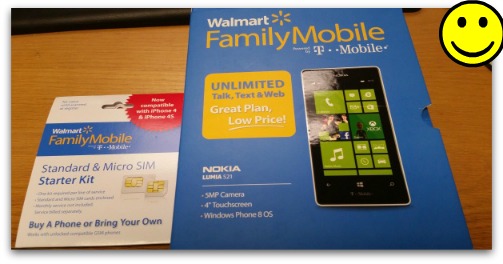 We decided on the Nokia Lumia 521, which is a Windows Phone.  I have a Windows Tablet and I love it.  It’s integration with Office 365 and OneDrive is just seamless.   The phone looked nice and it was way under $100.  It was originally $99.88 but on Rollback for $69.88.  We picked up a $25 activation kit, which includes the SIM card.  We paid and were on our way in 5 minutes (after picking up the Bacon).  I have to say, there’s no way I could have been in and out of the other carriers in this amount of time. 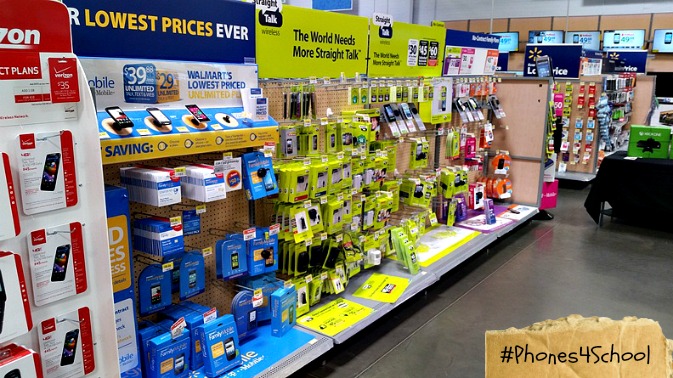 Activation was super simple.  I logged onto MyFamilyMobile.com and activated the phone.   The online activation was quick and painless.  Oh, and my buddy was stoked about the plan cost.   We were able to get unlimited talk, text, and web for only $34.88/month.   This is one of the cheapest wireless plans out there.  Since this is prepaid there is no contract involved and that is always a bonus.  An unlimited plan is great because we all know how much college kids text and how much data they use.  My daughter once asked me if watching Netflix on the bus used data….umm YES!

We gave the phone to his son and he did some kind of crazy dance…I’m not sure what it was but I was a little afraid.  He immediately starting downloading apps and setting up his email and social network apps.     I then set up a shared folder in OneDrive so his parents could get him documents easily on his phone.  This worked great and now all they do is place a file in the shared folder and their son can view it virtually instantly on his phone several hours away.  This has really helped them keep in touch with him while he is away and that’s the entire reason they purchased the phone.  Of course you know his mom can’t resist dropping little “I Love You” notes in there almost daily.

When you have kids in college you know how important it is to save every dime you can.  Books and food and tuition are not cheap so saving money any way you can is huge.  The Nokia Lumia 521 combined with Walmart Family Mobile’s prepaid plan made great sense for my buddy and his son and is a great value for anyone who doesn’t want to be tied down to a contract. 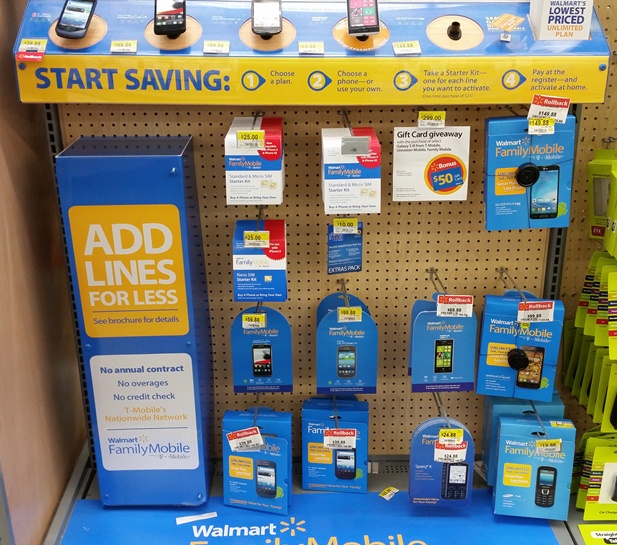