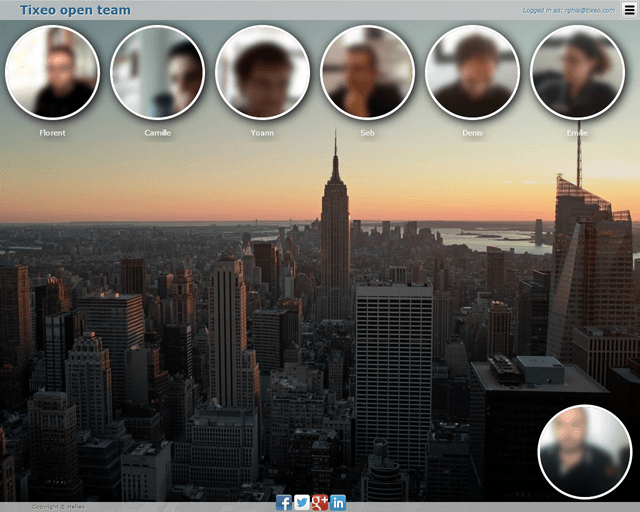 Communicating with your team is an essential part of running a successful business.  So we are always looking for ways to make that communication easier.

Today I received a press release regarding Helleo which is touted as a video communication tool.    Helleo runs on HTML5 and  requires no plugins.  This is a great feature if you are running a mixed environment.

MONTPELLIER, France, June 12, 2013 /PRNewswire/ — Tixeo reveals a new video communication tool totally different than what’s been seen before. Helleo promises to be the world’s fastest communication tool as well as the easiest to use. Icing on the cake, Helleo runs in an HTML5 web browser without any plugin!

Each team member is seen in a blurred video bubble. You just have to click on a bubble to talk to someone. In Helleo there are no phone calls, no ringtones, no waiting… Tixeo certifies Helleo is “20 times faster than email, 10 times faster than instant messaging, 3 times faster than phone or any video conferencing solution and, of course, a lot faster than going to your coworker’s office.” It has never been so easy to invite and talk with your team.

From the sounds of this, communicating with each other should be fast and easy using Helleo.  I certainly would like to test out the service to see if they are that fast..especially compared to instant messaging.

Helleo is intended for teams needing to frequently work and talk together. You can easily communicate with one or more coworkers with multi-point video. “The time has come for ringtones and small presence icons to make way for natural simplicity, knowing at a glance who is available,” says Renaud GHIA, CEO of Tixeo. “The great paradox of Helleo is to believe that it is an intrusive tool, but once you use it, it’s just the opposite… Social courtesy rules apply as when you meet physically.”

Tixeo bets on HTML5. Indeed, Helleo requires no plugin and not even Flash. It is based on the WebRTC technology launched by Google, already available in Chrome browser, and very soon in Firefox and Opera. Helleo is free for personal use, costs $9 / month for business use, and is available at www.helleo.com.

So we see here that Helleo uses technology from Google so you would need Chrome (or Firefox/Opera soon) for it to work.  This works for me since I use Chrome already.  But if you are a diehard IE user…sorry.

Here is the last little bit of the press release which tells us about Tixeo.

Tixeo is an innovative video and web conferencing software company since 2003.

Its main product line WorkSpace3D allows anyone to set up on-line meetings, using both voice and video over IP, combined to a complete set of collaborative features such as document and file sharing, presence and ad-hoc meetings.

Not only Tixeo’s solutions are available as Cloud-based Software as a Service (SaaS), on both monthly and yearly plans, but also as On-Premise licenses and Appliances.

Thousands of customers worldwide work every day with Tixeo, from SMB to large corporations, such as: Airbus / EADS, Raytheon, BNP Paribas, Conforama, Sogeti… 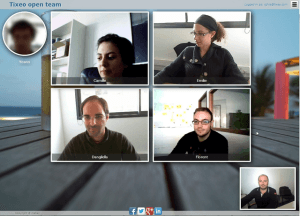 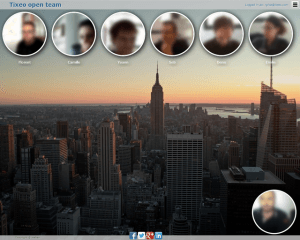 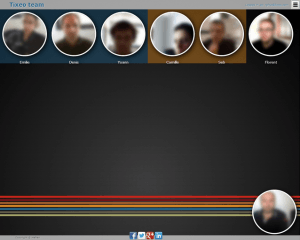