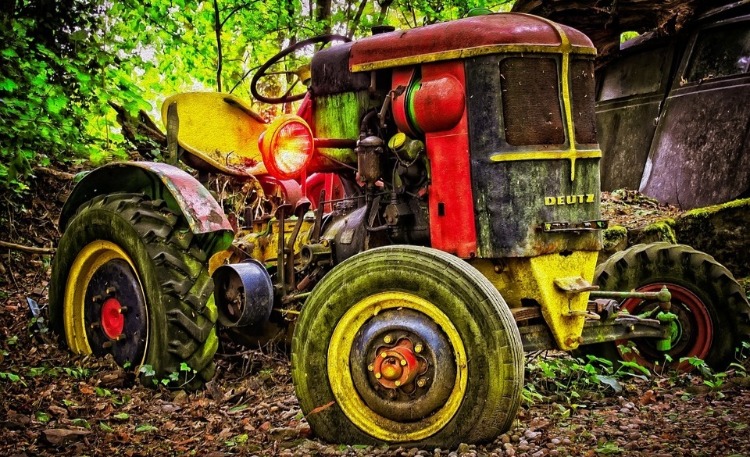 If you’re not in the farming, construction or maritime industry there’s a good chance you might not have come across the term “red diesel”.  Essentially, red diesel is the same as white diesel (the diesel you put in your car) except red diesel has a dye put into it by the authorities, as it is only for commercial use to power agricultural machinery for instance.

The reason for this, is that the tax is much less on red diesel than it is on standard diesel due to the differential in purpose.  Red diesel is used in off road vehicles and machinery; meaning it cannot be used in passenger vehicles.

If you’re new to the business of construction or farming, and are using regular white diesel to fuel your vehicles, it’s going to cost a fortune, compared to using the much cheaper red diesel.  Here’s the lowdown on all you need to know about red diesel.

WHO CAN BUY RED DIESEL?

You don’t need a licence to buy red diesel, but you do need to sign a form (found here).  The onus is on the supplier of the HMRC controlled oil to make sure the fuel is being used legitimately, and they will pass on the details of your transaction to the HMRC that could then be used by Road Fuel Testing Units to make sure you’re not illegally using it as fuel for a passenger vehicle.

WHY IS IT SO MUCH CHEAPER?

Red diesel is a lot cheaper than white diesel because there is a much lower tax put on it.  In order for industries such as farming, fishing, construction and forestry to make a profit, it is deemed necessary by the government to not impose as much tax on fuel for these purposes.

WHERE CAN RED DIESEL BE PURCHASED?

Unfortunately, it’s not as simple as going to a fuel station like you do with your car – you’ll need to contact a specialist supplier who will deliver your supply.

HOW DO YOU STORE RED DIESEL

There’s a robust product known as a red diesel fuelbox that will allow you to store and transport the fuel safely, which is particularly important given the fact it tends to be used in construction or farming.

CAN IT BE USED ON THE PUBLIC ROAD?

The legal answer is no, except for farmers that need to gain access to land that is divided by a public road – meaning you can drive on the public highway, but no further than 1.5km.  The reality is that many farmers will use red diesel in their personal vehicles but run the risk of being caught by HMRC, and/or the police, particularly if they are buying a significantly higher than expected supply of fuel for the purposes of fuelling their agricultural vehicles.

In short, from a mechanical perspective, yes you can – but from a legal perspective, it’s probably not worth the risk, as it is considered tax evasion.

So, there we have a brief round up on what you need to know about red diesel, with regard to using it to optimise your business’ success and profitability.