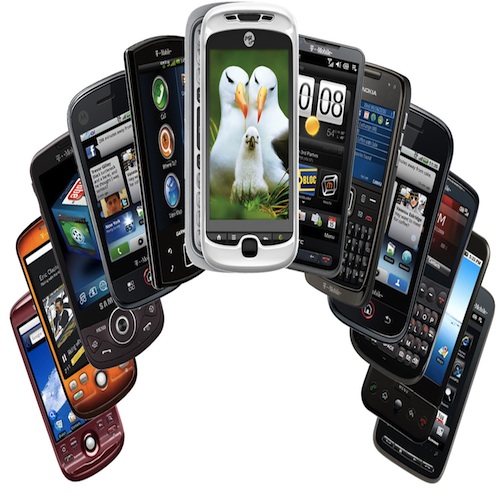 While it’s hard to pinpoint the most anticipated smartphone of the coming year, we have some major contenders already lined up. The top three mobile providers – Nokia, Apple, and Samsung – each have a phone vying for the top position on our list, and each is as good as the next.

These slim, sexy models are powerful, and boast amazing features such amazing quality cameras, bigger screens, and possibly even flexible displays. While the gossip is flying left and right about the possible capabilities of these coming models, the most anticipated phones of the year have little concrete details that have been announced. This leaves room for hopeful consumers and smartphone enthusiasts to pitch in their two cents on what should (or should not) be included in the new models.

We’ll take a look at the top three most highly anticipated smartphones of the coming year, and let you decide which you’re most excited about!

Nokia’s really arriving to the mobile market in style with the tricked-out Lumina 940 smartphone. This Lumina will feature a slick design which is really unique to the mobile world, and is a real perk to smartphone enthusiasts who want to stick out in a crowd.

The most thrilling aspect of this model is the amazing PureView camera, which will have both a front and back camera. If you enjoy video calls with friends and family, you’ll love the crystal clarity of PureView – it will come with a 8.7 MP primary and 1.3 MP secondary camera, according to rumors. Knowing Nokia’s history with devoted cameras in their phones, these specs may actually be on the low end of the scale… but no one can know for sure until the phone is revealed. These rumors are enough to keep photo and video enthusiasts excited about the prospects of the new Lumina, however.

The phone will be rich in features, touting Windows 8 OS proudly while letting it’s competitors try to catch up. The model will include wireless charging – a feature that is becoming all the rage in the mobile market. The model will boast a highly sensitive screen – you will even be able to use it while wearing gloves, a really handy feature.

While this smartphone will most likely be a big phone, much like it’s predecessor, it’s size is sure to match it’s internal power. Nokia’s Lumina line has a fantastic history of impressive performance smartphones – time will tell if the newest model will live up to the promises these speculations make.

While Apple has gone down in sales recently, excitement still abounds for their new iPhone model. Who wouldn’t want to see what the newest iPhone will feature?

Apple took a bit of a hit in popularity with the release of the iPhone 5 – it had less innovation than the previous models, and many called the new model “the iPhone 4, but bigger”. While fans of Apple are thrilled to see what iPhone 6 has in store, some are still wary after the last release’s let down.

The biggest debate is whether the newest iPhone model will in fact be an iPhone 6 or an iPhone 5S. Some argue that Apple’s previous release schedule is in favor of releasing a 5S before a 6, but other rumors push that Apple might be simply skipping over their usual steps in order to rekindle interest in the Apple mobile products.

Unfortunately, it doesn’t look like we will know the answers to these questions until late in the year, into the fourth quarter at the earliest. Most recently, however, rumors are running that the delays in processing, creation, and optimization may lead to a massive delay in the release of this highly anticipated phone – in fact, some wonder if it will be released within the year at all. Will fans of the model be willing to wait an extra year to get their iPhone fix? Or will Apple take yet another blow to their sales figures by making consumers wait the extra time?

Samsung is slowly taking over the mobile world, and the sheer excitement that’s been built over their new Galaxy smartphone proves it. This is the most anticipated phone of 2013, and the hearsay and rumors don’t seem to be slowing down any time soon.

The tales are as juicy as the telling – gossip has spread about the SIV, claiming the phone will have wireless charging, a removable battery, a fantastic camera, a microSD card slot, and a huge screen with the best quality the market has to offer.

The most anticipated part of the new Galaxy model? The possibility for a flexible screen. That’s right – the newest model may (or may not) have a legitimately flexible screen. While Samsung has neither confirmed nor denied, they did agreed that they have been researching into flexible screens in the hope of integrating them into their mobile products. This was enough to get the rumor mill churning, and hopefuls everywhere have their fingers crossed for flexible smartphone screens on the new Galaxy.

The consumer market has been awash with speculation on the release date. Samsung hasn’t whispered a word, however, about a release date – they haven’t even announced an official unveiling. Fans are confident, however, that the phone will be released within the year, some quoting an “insider” from Samsung saying that March 14there will be “a big announcement”.

While the announcement didn’t even hint at the announcement being for the Galaxy SIV, people are a-buzz everywhere, even wondering if the official unveiling will occur on that fateful day. Keep an ear to the ground and an eye on the news – the newest smartphone in the Galaxy line could pop up any day now!

While these three phones take the coveted spots as most anticipated smartphones of the coming year, much has yet to be learned as far as concrete details go. The mobile market likes to keep buyers on their toes, so watch carefully for news on these upcoming models!

Monique Fries is a stay at home mom who writes about smartphones and other tech gadgets. Her expertise lies in rooting devices and recommends how you can root Android here.